The Bible records that Joseph was given a chariot to travel through Egypt. 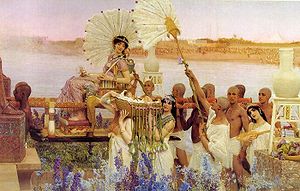 If Joseph and Imhotep were the same person, this would mean that chariots existed in Egypt as early as the third dynasty.

In the third dynasty, only high officials like the pharaoh and his chancellor / sage / vizier were afforded a chariot to travel in.

Chariots in the 3rd dynasty were not horse drawn, they were carried by a procession of servants.

The enigma of chariots in the third dynasty is, therefore, easily explained. 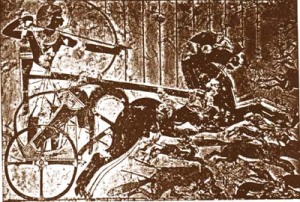 It is hardly surprising then that there are no findings of horse draw chariots before the Hyksos (15th dynasty) unless, of course, one accepts that the chariot wheels found in the Red Sea by Wyatt in 1978 were from the 12th and 13th dynasty.